I open Norton Internet Security and click on Run LiveUpdate. 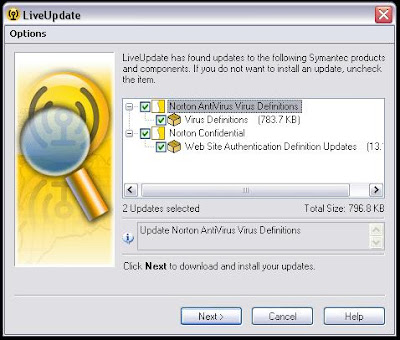 Two updates found, so I click the [Next>] button... 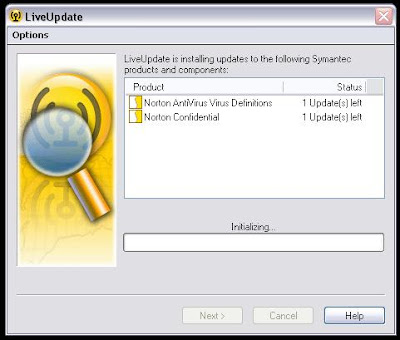 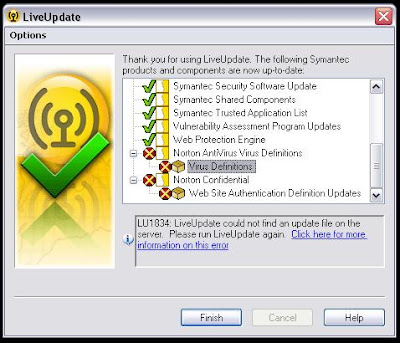 It gags; NIS07 can't find the two updates that it just found a minute ago. 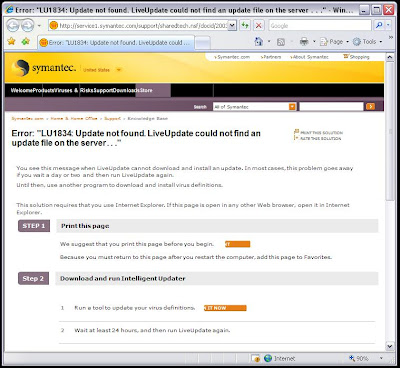 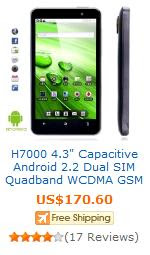 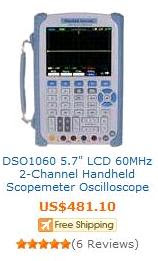